Your opinion on expatriation and culture

Hey guys, wanted to hear your thoughts about a reflection I had. Here we are patriots, right ? And we see that our country is degrading itself day by day. So we choose to leave for a better future. We adapt to the culture of our new country and try to bring a plus to the local community.

But if we have children, they’ll be half french, and our grand children will be 1/4, then 1/8 and the culture we love so much will have disappeared for another one. To summarize, if people who love French culture leave France, then French culture will be no more.

There I see a paradox that I have trouble to get my head around as a patriot who wants to keep his culture alive and also to live in a country where the state doesn’t actively plan to destroy its foundations.

Jean-Marie Corda’ve said that the country is dead since twenty, I’ll be even more direct:

The Gaul became the France when the christian barbaric nobility invaded it.

Contrary to the bullshit that said the revolutionary wretch, the France has never been the French people.

In reality, even the clergy wasn’t French, when they weren’t forbidding to knight to fight, they were writing in Latin.

Only the French Christian nobility was really French.

This nobility died with the revolution

Napoleon had, despite he was a revolutionary, a good relationship with Christianity. (in contrast to the revolutionary)

But after his decline, the France was less and less christian until now when there are only 34% of believer.

Anyway, personally I ain’t nationalist that much because nationalism is collectivism so it’s socialism

The battle was for Europe, for Christianity.

But God is dead.

Now, man find his own goal.

Whereas the progressive decadence came back from the Greek decadence*,

I think we must found our goal the Greek greatness!

And I’d say that this is the project over Wolves and DBL like Europe Christianity was over the Europe kingdoms!

Thanks for your heed,
Wish you the best,

I can see you’ve put quite a lot of effort into this response but you don’t answer the question. Off-topic isn’t allowed here.

As for the main topic:

But if we have children, they’ll be half french, and our grand children will be 1/4, then 1/8

If you really care about your culture and want to pass it on your children and grandchildren, you certainly can. It’s all about education.

Hi Alex, thank you for your sharing i will try to bring you a little bit of wisdom if i can ; )

You fear that french culture disapear and it’s a proof that you love france and its culture, congrat and thank you. But for now you have to think to yourself, you have to think to survive and develop yourself. That’s why, to become safe, powerful, and strong you need to be in an adequat environnement, a non toxique one, is it still possible to become rich and happy in france ? only you have your personnal answer to this question. For me the answer was not, but i understood it after i left from france and i dicovered a better environnement in another country(in my case it’s switzerland).

the main point is : it’s good to think about the far futur, but your life is now ! you have to live now, connected to the present and bring your familly the best you can.

Anyway my answer to your question is : yes, if all french people are leaving from france the french culture will disapear one day, but it already started, france is loosing its culture for many years now because immigration abbuse and political corruption, so the best you can do personnaly to avoid it, it’s to become enough powerful to have an influence, and to become powerful you might leave : )

May be one Day DBL will be enough big and powerful to save france, it would be fantastic ; ).

Have a nice day. bye

Thanks for your answers, I watched an interview of Baptiste Marchais on TV Liberté. The part that resonates with you Remy_Wild is from 24.50 to 30.15. 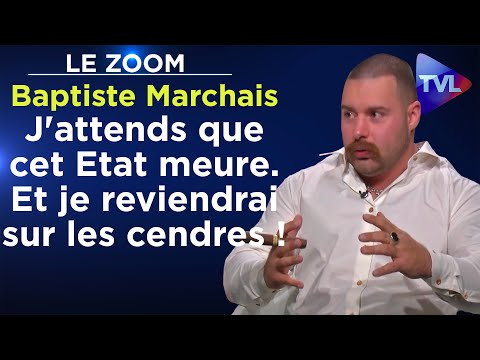