For someone who are searching best people with heart and soul, great weather and a strong mentality against western decadence, Serbia is your HOME.

Serbia is a country where I spent a part of my time every year and where my family lives in different positions as Investors in real estate, Owners of companies and also as a Workers. This is why I have a great network there.

Here you can see a factory from my family located in Čačak.

The position of Serbia is one of the best in Europe. All the goods traffic must cross this country as it’s the shortest road to go to Western Europe. That’s why the country is always influenced between East and West. Almost 80% of exports are going for EU.

Belgrade is the capital of Serbia. This city has the biggest influence on all the Balkans. Serbia and Serbs as people are the best Russia’s partner in Europe above any other country on the continent. Why ?

Because Serbia did not had any conflict with Russia in history.

Putin is a star in Serbia and you can’t see that somewhere else in the planet.

The biggest orthodox church in the world outside of Russia is in Serbia. It’s my favorite building in Belgrade.

About Belgrade, great city and so many connections with world. Direct flight for New York, Moscow or Abu Dhabi. This is the best airport in central Europe if we compare all the connections with Europeans cities.

You want to know more about this country ? You can watch all the video from Charles Cather who just received his Serbian passport after 10 years living in Serbia.

This passport looks like a gold passport as you can go to Russia, China, Cuba without visa.

About real estate, a good opportunity is to invest in Belgrade. This city is growing every day, and you must know the country has the fastest growth rate in Europe.

About investment, no contest in Europe, with Montenegro, Serbia is building the biggest infrastructure and the biggest real estate projects on the continent. There are no equivalent. One example is the new area in Belgrade called : “Belgrade Waterfront”. 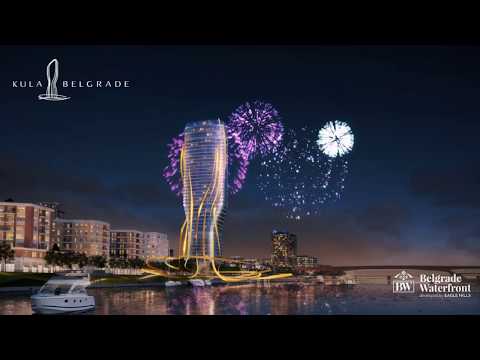 The reality in the making

Why you will choose Serbia for expatriation ?

Kusturica did a documentary on his brother Maradona, here a sample :

Some movies you can find in French and English.

Monica Bellucci learned the Serbian to do this movie

If we look Central and Eastern Europe culture, Serbia’s culture is the most powerful and the most famous European culture in the world after Russian’s culture.

Marija, she’s my friend and she will welcome you to discover Belgrade and Serbia. I love her so be careful.

thank you very much for the time and love you gave to this topic ! your topic is pretty much complete but i still have some question about serbia.

thank again for the topic

Very accurate, as usual. Thanks a ton @NikoMontenegro-G2, it will help me a lot. I’m looking forward to visit Belgrade.

Apparently the price of electricity in Serbia is one of the lowest in Europe, which could lead to some opportunities.

Serbs from Serbia, Serbska, Montenegro and Kosovo are tough and warm people, full of life

Thanks for sharing this

About your first point = Patriarchal society with a good balance between modern confort and traditional value because of the great influence of Orthodox church in the country. You must know Serbia is more Orthodox than Russia for example : thanks to URSS who killed the spirituality for years.

Second point = Frenchies are number one in Serbia thanks to history and similarities with France. Also because we have many Serbs living in France

Last point = Serbians best drivers in Europe with Montenegrin because of mountains. Just need to know, they love to drive fast, so be careful. Prices for gas, I’m going to ask my uncle because I don’t know if during the Covid prices are usuals.

All topics and messages should be written in English

Just enough, so that we understand where you come from.

If you introduced yourself too late, you’ll stay in the current generation. It’s your fault.

well with all that’s said, it look like Serbia is really great country, the patriarchal society is the big good point for me. i hope i’ll meet you when i will cross Serbia to go to Georgia.

thank for answering my questions.

Guča festival is crazy shit to do. About electricity I can confirm what you said. For a house with 70 m2 I spend 12 euros a month in summer with climatisation and two persons inside the house working like digital nomads. In winter it can be more expensive if the house or apartment are not well is isolated. These numbers are about Montenegro but in Serbia is a little cheaper.

Thank you for this topic.

My ancestors come from this country, my mom speak Serbian but i never been in Serbia.

I hope i will make money with the dbl and be able to visit Serbia and then install myself and my family.

Do you know if it’s easy to open a business in Serbia without the nationality and if we can have problems, i think about mafia, i know that they are powerfull in Serbia, but i don’t know if they practice racketeering.

Wainting for reading you

Hvala puno for your work bro.

Hi @Nahoum-G4, before to choose to live in Serbia, you must explore a minimum the country as it’s not the same lifestyle everywhere. As a stranger you can open a business in Serbia. About mafia, if you don’t come on her market, mafia does not care about you. racket does not exist, this not like in Italy or Latvia for example where Russian’s mafia is going to racket as they did during the URSS time.

@NikoMontenegro-G2, thank you very much for your answer.

Yes, i planned to travel to Serbia with a good friend who have been 27 time in Serbia. And to contact my family.

It’s pretty reassuring, i keep my hope in my project.

Good. Many americans are coming to Serbia, so we need our diaspora also to return on this great land like you, don’t forget 17 Romans emperors was borned in Serbia… like Constantine the Great borned in Niš. Niš is the first european city created in history of all Europe. Come and live in Serbia is not an option, believe me. We must bring power back where the power was borned.

You teach me a lot of thing, thank you very much. Yes, this country deserve our strenght and our youth.

I have been in Serbia for a few weeks and I can confirm that the is a nice country with nice people. Nothing tricky here and Belgrad is safe and very pleasant. I would say there are many cities in one. I live in Zemun which has nothing to do with Neo Belgrad, and Neo Belgrad has nothing to do with the modern Belgrad. According to me there are opportunities for investors… I think I will stay here for many months, taking my time to build my project for Russia.

Congrats for your live with Gauthier. You made your mark, credibility is what came out of your interview. Several relevant points, all along this forum topic as well as during the live. As I’m Orthodox, I particularly appreciated what you mentioned.

By the way, I wasn’t aware that Prince Petrovic from Montenegro was holding such a close relationship with France. Good thing you’re obviously working to increase it even more…

Though I’m mainly focusing on Russia at the moment. I might have a closer look at Montenegro, maybe by going there just to figure out, we never know, it seems like a crossroad of opportunities. All I know by now is I’m invited in Prijedor in Sberska and i’ll attend Guča Festival as soon as we can.