The Czech DBL expatriation pack is ready! Order it here!

Please find here a detailed presentation of the Czech Republic.

I hope it will be useful to you, and that it will convince you of the value of this country which is, in my opinion, quite underrated and only seldom discussed in this forum.

The aim of this post is to present the country and help you relocate there if needed. It is inspired by Olivier_G2’s great presentation of the Bulgarian section, which you can find here.

I highly encourage you to write a similar topic if you have been living in another country for a while now.

Most of the topics we will discuss here also apply to Slovakia, with which the Czech Republic shares a lot (whether it be culture, history, language, etc). They are however very different when it comes to religion.

Let’s start by looking at some pictures of the capital, Prague.

The famous bridges on the Vltava: 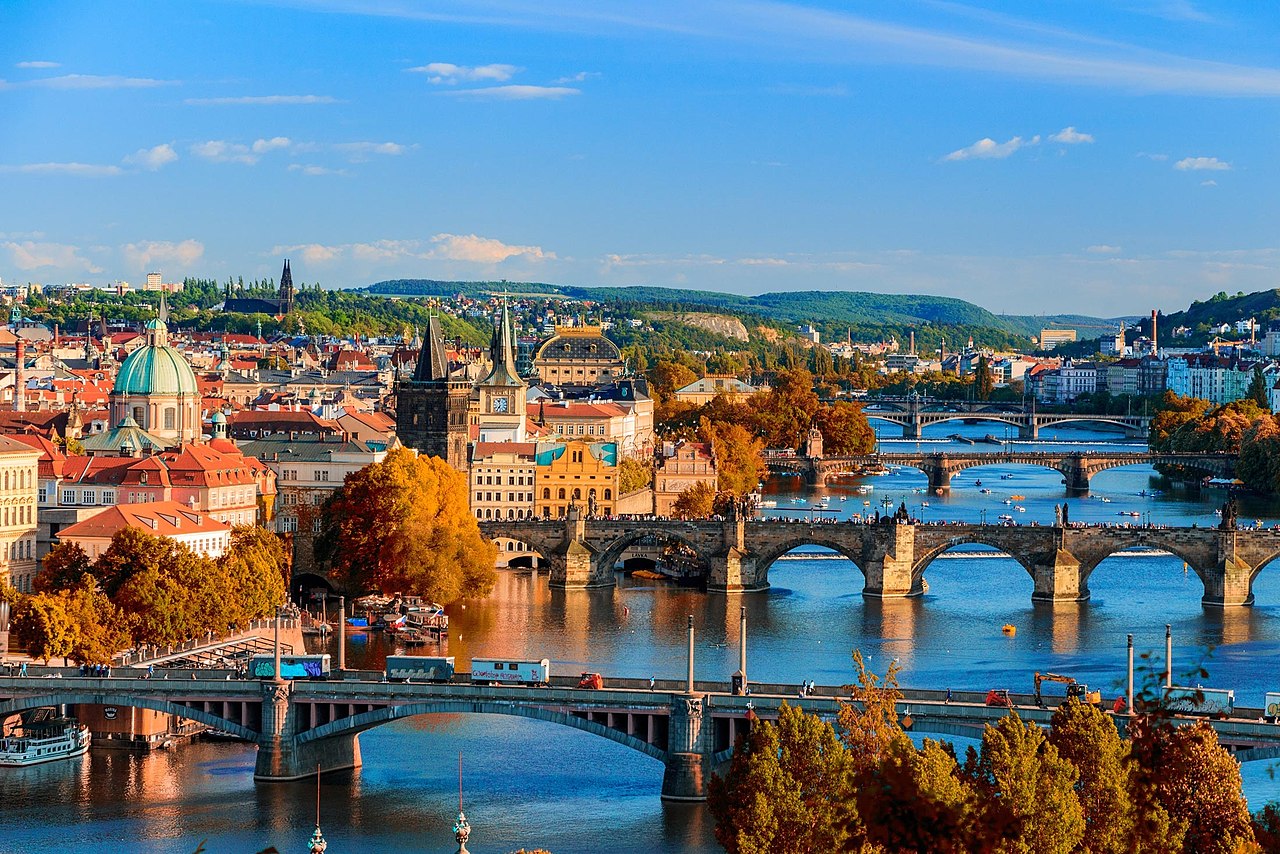 The old town square (staroměstské náměstí), which is probably the most touristic place in Central Europe (or at least used to be, when planes still existed): 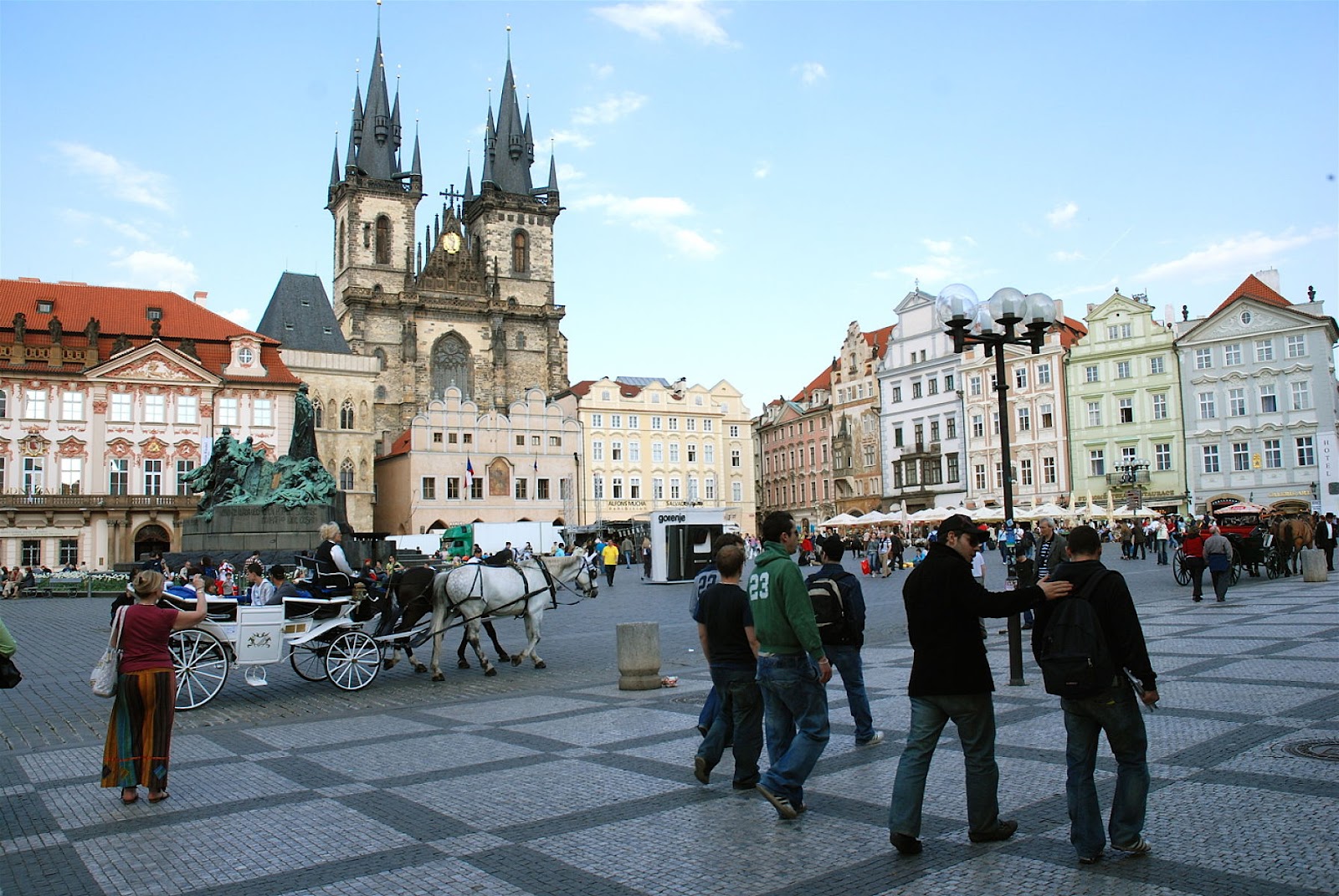 One of my favorite places, the peace square (náměstí Míru): 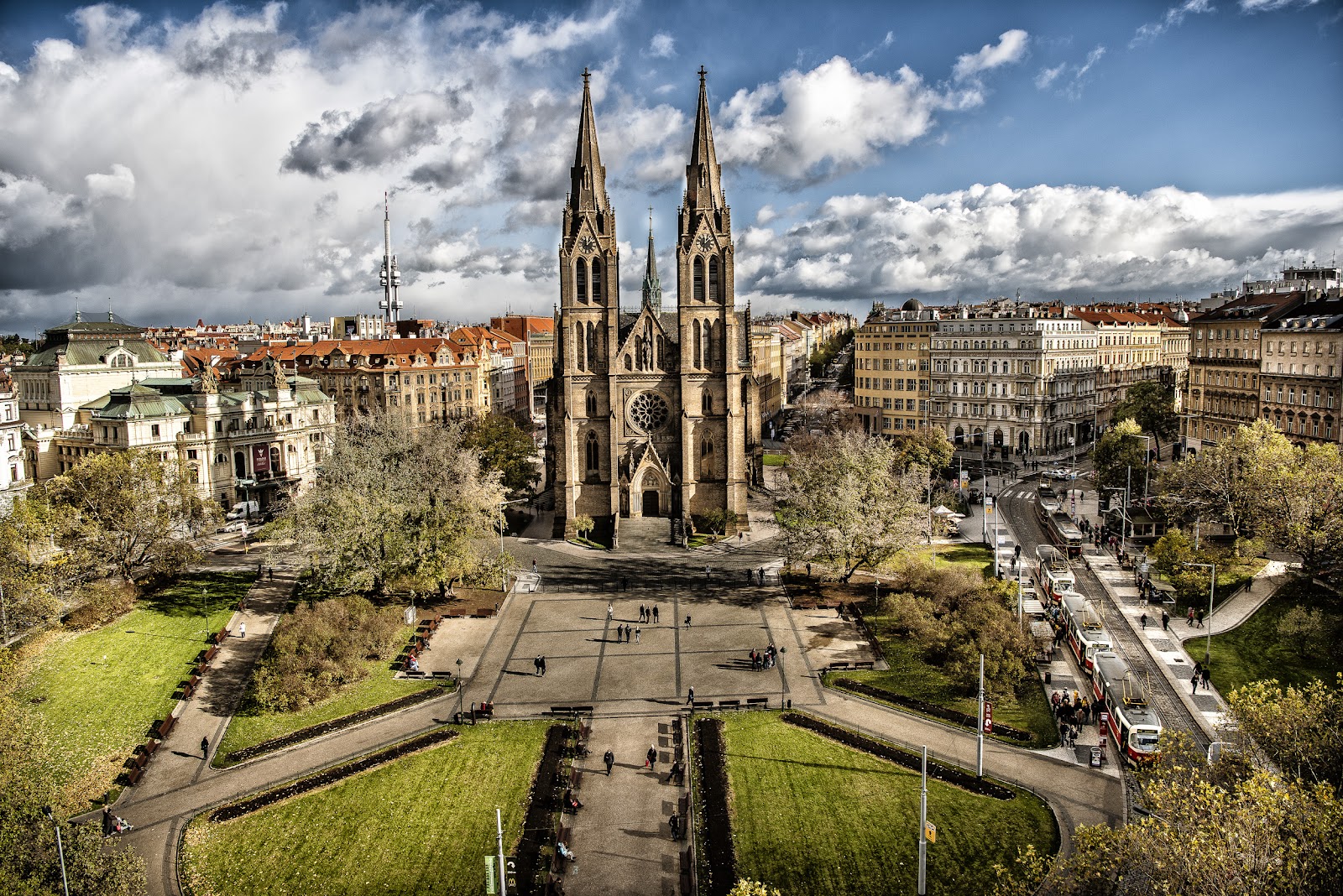 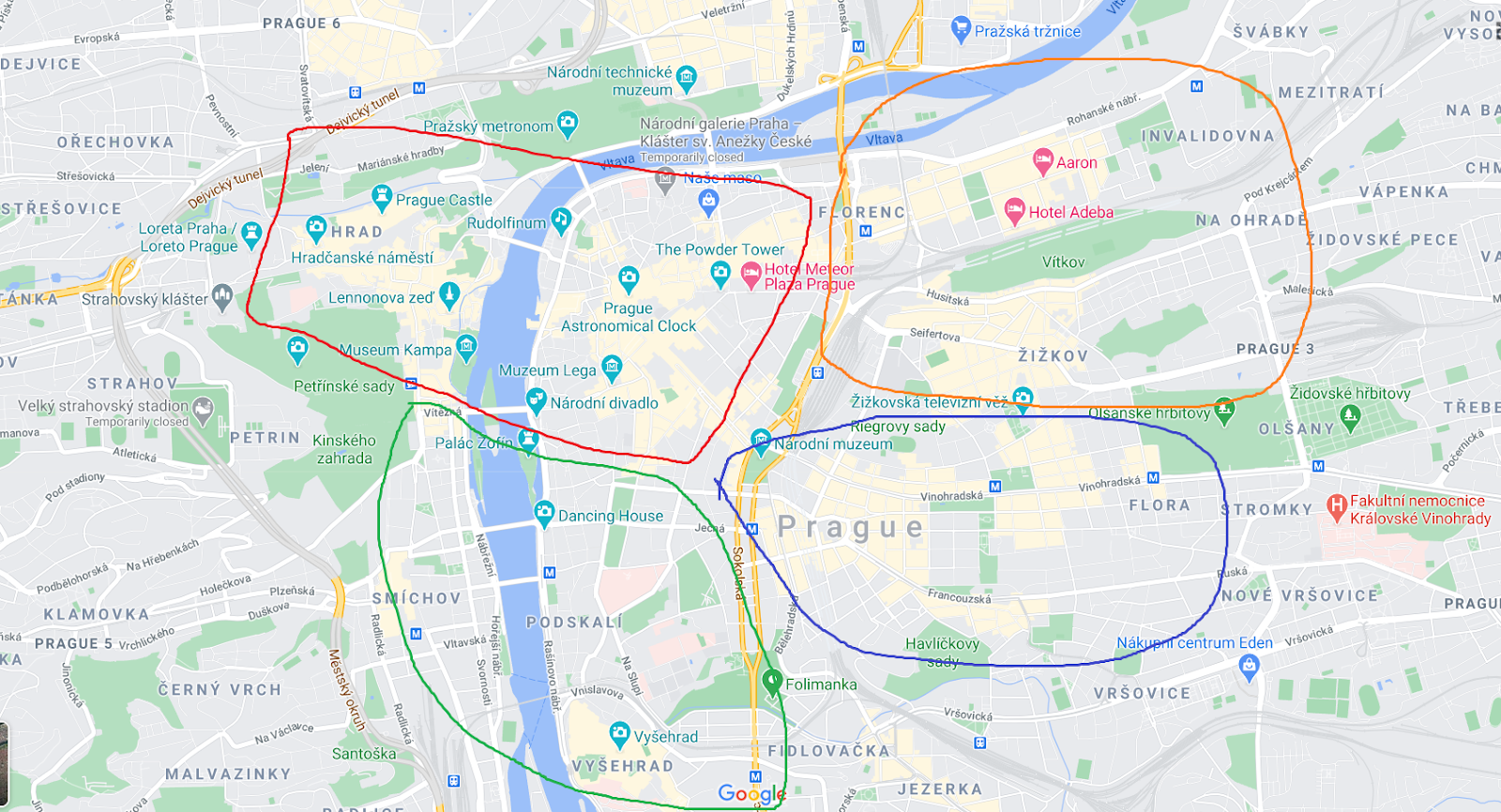 In blue: the place to be - Vinohrady. One of the nicest places in the city, with a lot of social events.

In green: Smíchov, Vyšehrad, Karlovo náměstí. A great place to live in, even if it would be just to go for walks alongside the river. This is where I currently live.

In orange: Karlín and Žižkov. Those districts are relatively hipster. If that’s your thing, go there. 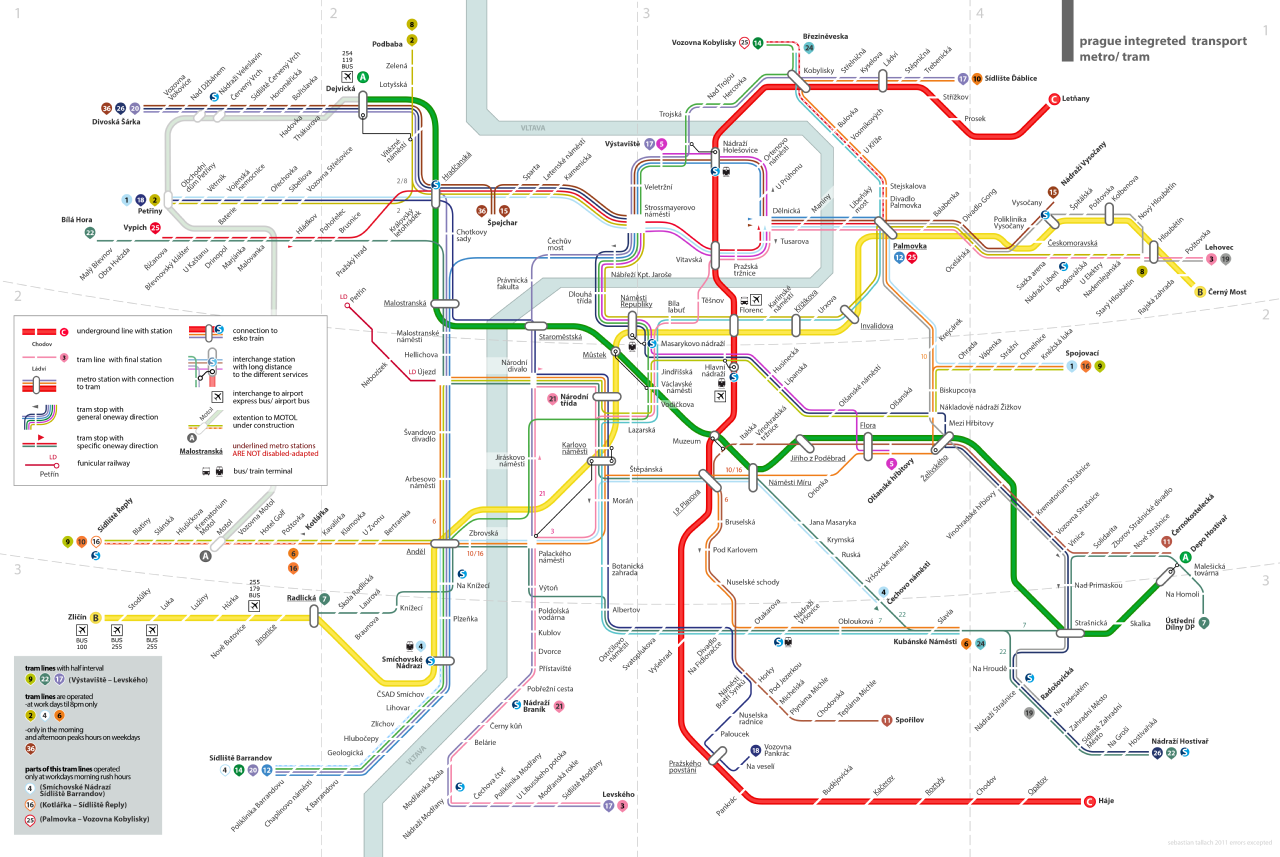 Public transport in Prague: it is among the best in Europe, and by far better than France. There are three lines of metro and buses, but most of the transport is done using tramways (26 tram lines). Most of the tram stops are active 24/7.

The airport is linked by bus to the metro line A, allowing you to access the city center without difficulty. 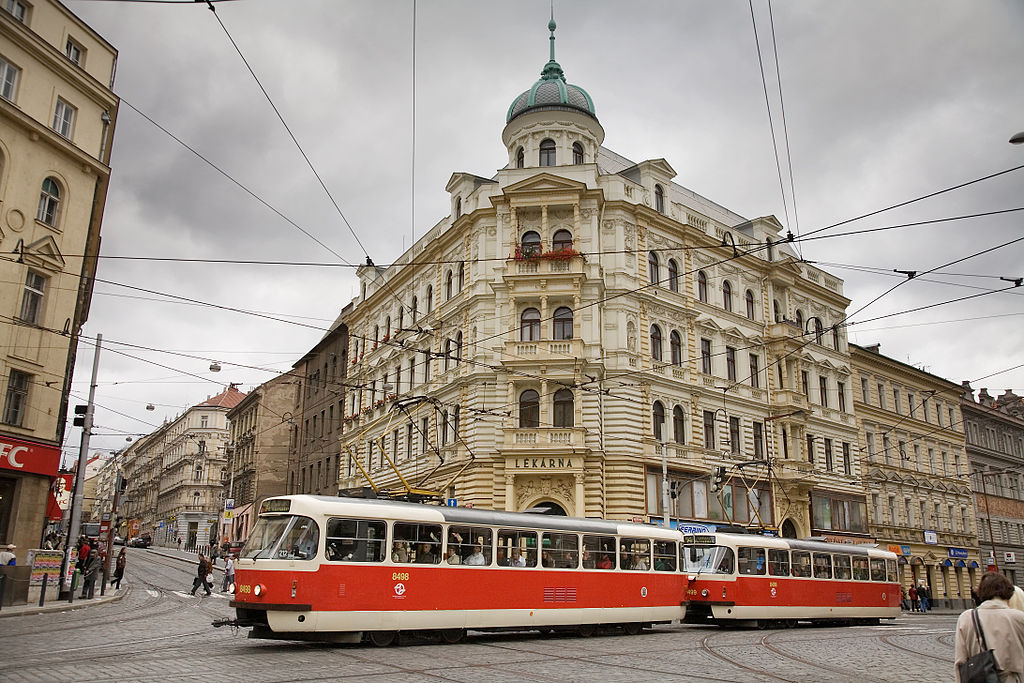 To get a description of the main districts of Prague, you can visit this link.

Comparison with other Slavic countries

In this section, we will not talk about the advantages of Slavic countries in general. Other people have already described those advantages in great detail and you most probably know what they are.

Instead, we will talk about the differences between the Czech Republic and the other Slavic countries. I hope this will help you understand why many have chosen this destination.

Advantages over other Eastern European countries

There are many. I did not choose this country at random. Here is a long list of such advantages: 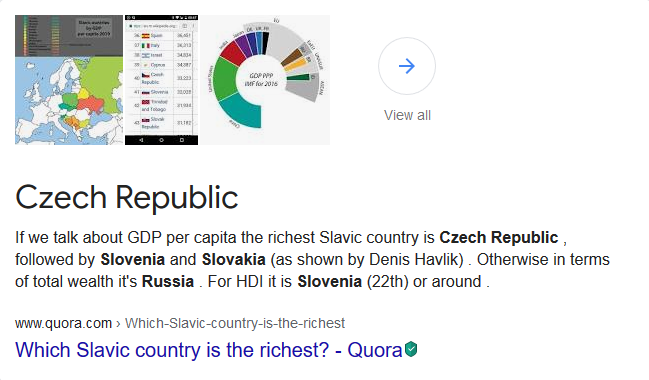 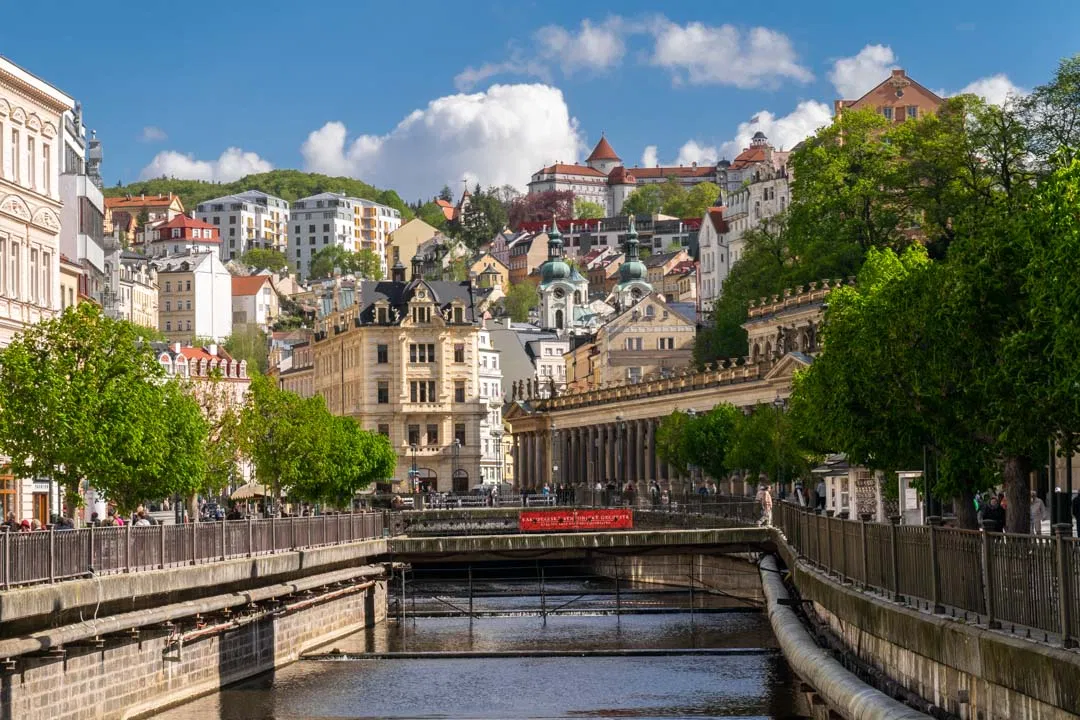 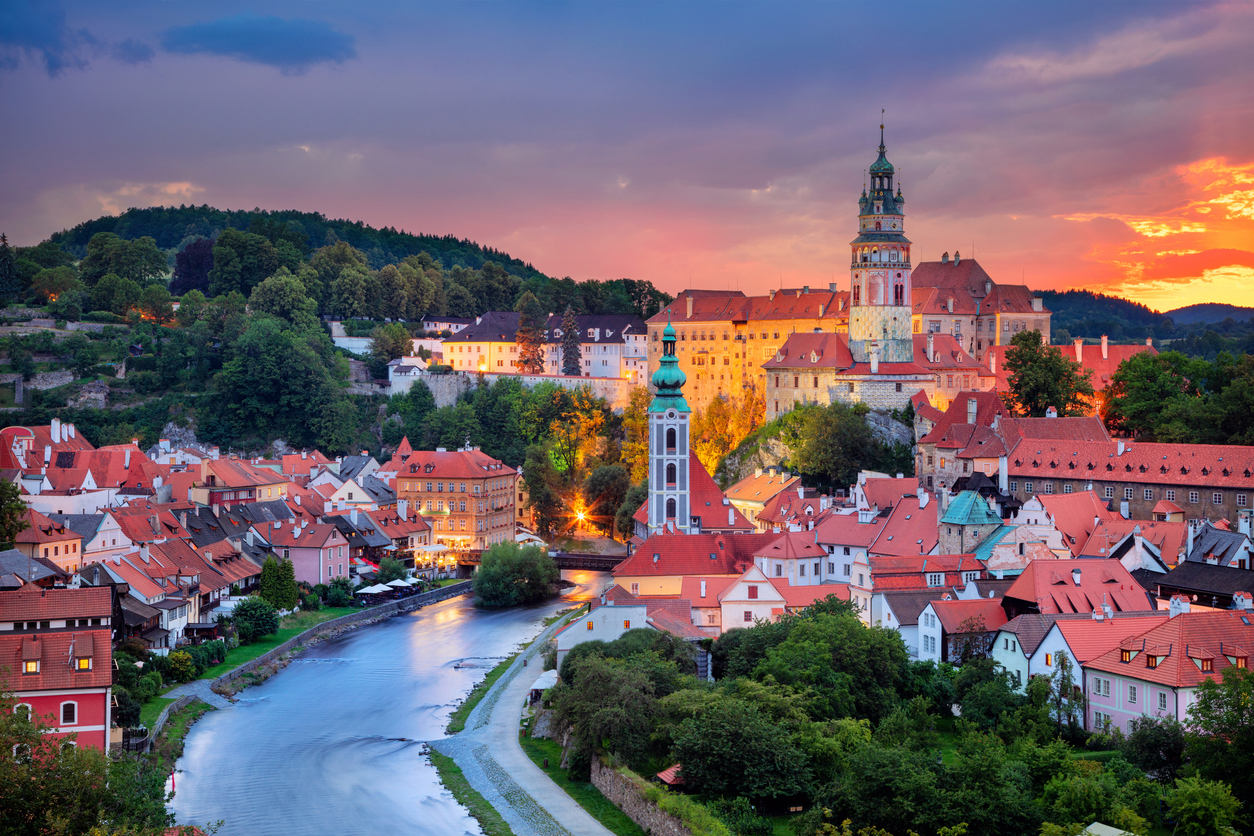 Well, this is the part where I need to be honest - just like every other country in the world, it is not perfect. 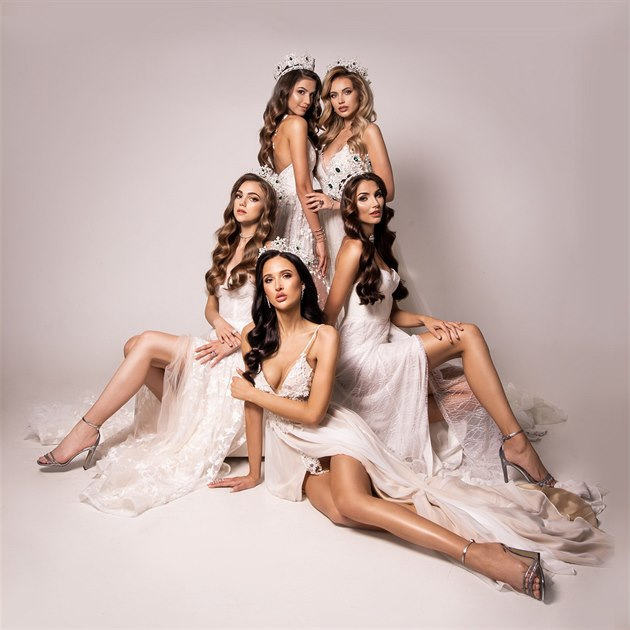 Czechs love French people. We are very lucky, because we are still seen as romantic, and that gives a noticeable advantage when it comes to seduction.

It is not difficult to find yourself a girl in Czechia, especially if you are French and white (required pleonasm in 2021). They are feminine, not feminist. 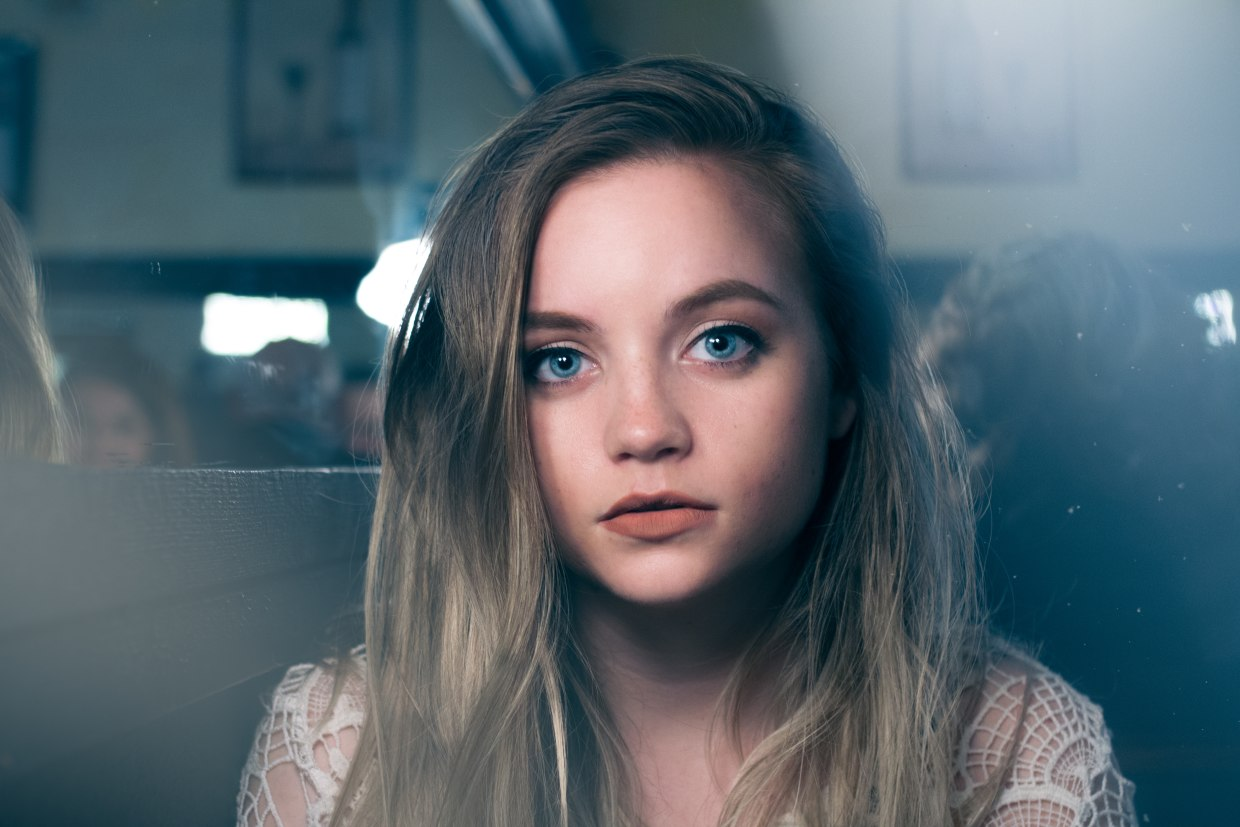 To seduce them, this is what helps: 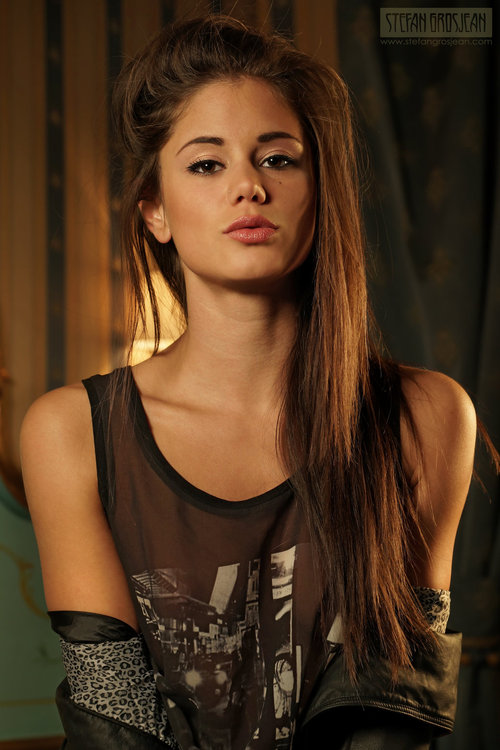 Czechs are very open sexually, and it is not rare to be able to bring them to your place on the first date. The majority of the population being atheistic, common taboos on sex, usually imposed by religion, do not really exist. The Czech language is particularly rich on the topic of sex.

Tinder, Badoo and others

It is like everywhere. If you are very handsome, it works. Otherwise, go meet people in real life.

Well, at least, the girls you will find are white and are not feminist.

Foreign women in the Czech Republic

You will meet many women coming from countries located more to the east, notably Russians, Slovaks, Belorussians, Ukrainians, among others. They usually come here to study, as Prague has excellent universities, especially when compared to the rest of the Slavic world. What often ends up happening is that they stay here after their studies.

In my case, I have had more experience with women from those countries than with Czech women themselves.

The Czech language is, like Russian and other Slavic languages, a difficult language. Unless you spend ten hours on it per day like an absolute madman, it will take you years to learn it. With that said, Czech lessons are easy to find and the teachers are very feminine women, making the whole process much nicer.

In contrast to these languages, Eastern Slavic languages use the cyrillic alphabet, which contains more letters in order to describe all the possible sounds. The Polish language is an exception and has its own logic.

Here is a text in Czech, so you can see how it looks like:

This is an extract from one of the most well-known and talented authors in Czech history, Milan Kundera, who actually fled communism and moved to France at some point in his life.

Don’t you think that it is ironic? Frenchmen are moving to the Czech Republic now to flee French communism, when Czechs have moved to France to flee Czechoslovak communism just fifty years ago.

We eat a lot of pork! I hope you like it, because there is going to be a lot. Czechs also love everything that is fried - fried pork and chicken cutlets, fried mushrooms, fried cheese…

I mean, there are even restaurants that ONLY do fried pork / chicken cutlets: 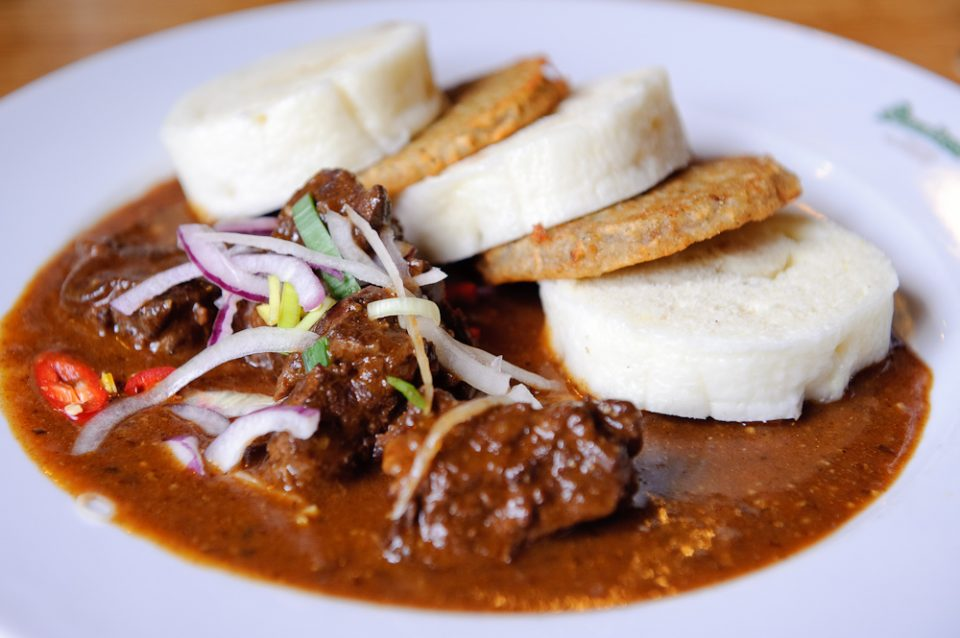 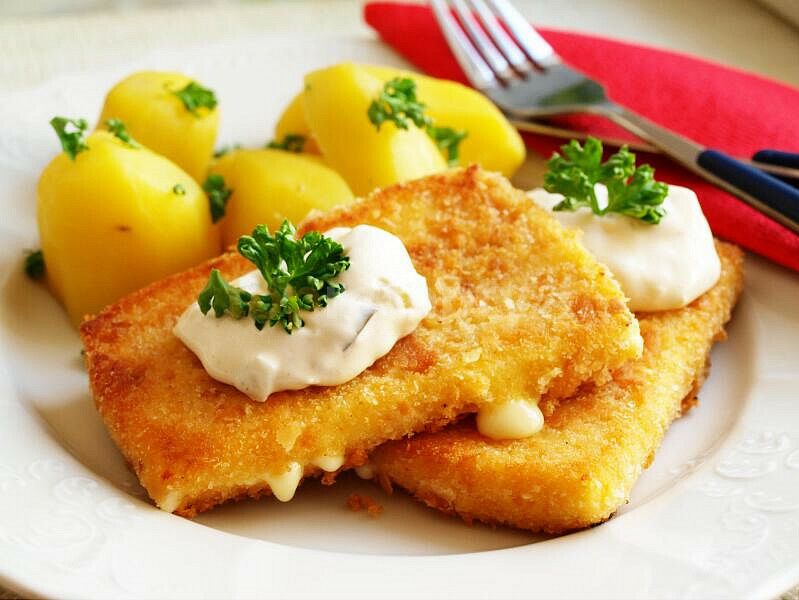 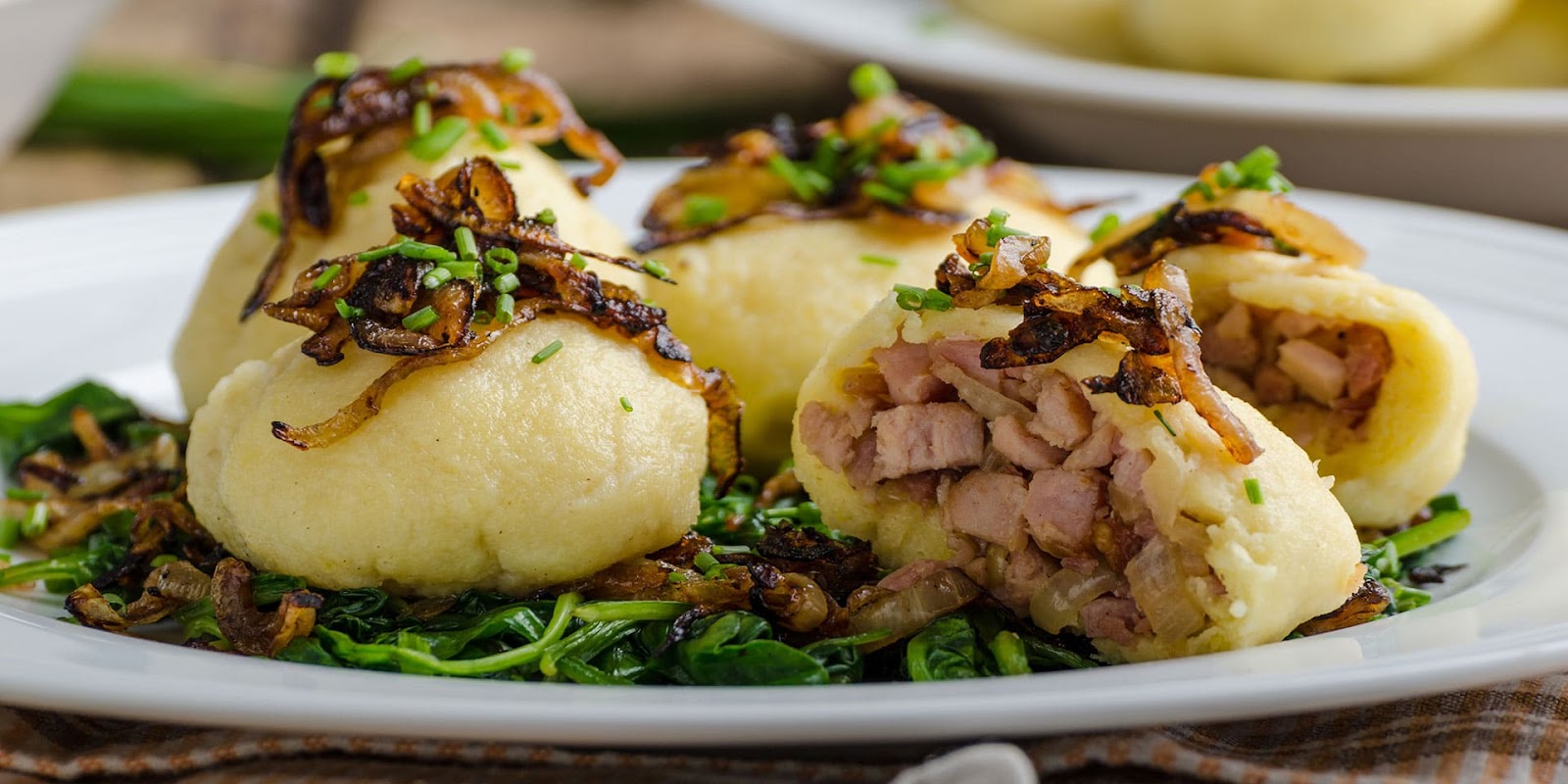 Important question: does the prime minster whip his wife’s ass with a two-meter-long stick on Easter so she becomes more fertile?

Hmm… That is a weird question, but the answer is yes.

Czechia and Slovakia have this absolutely glorious tradition of running after women and whipping their asses with a colored stick, the pomlázka, on the day of Easter. Apparently, this makes them more fertile. It is hilarious. 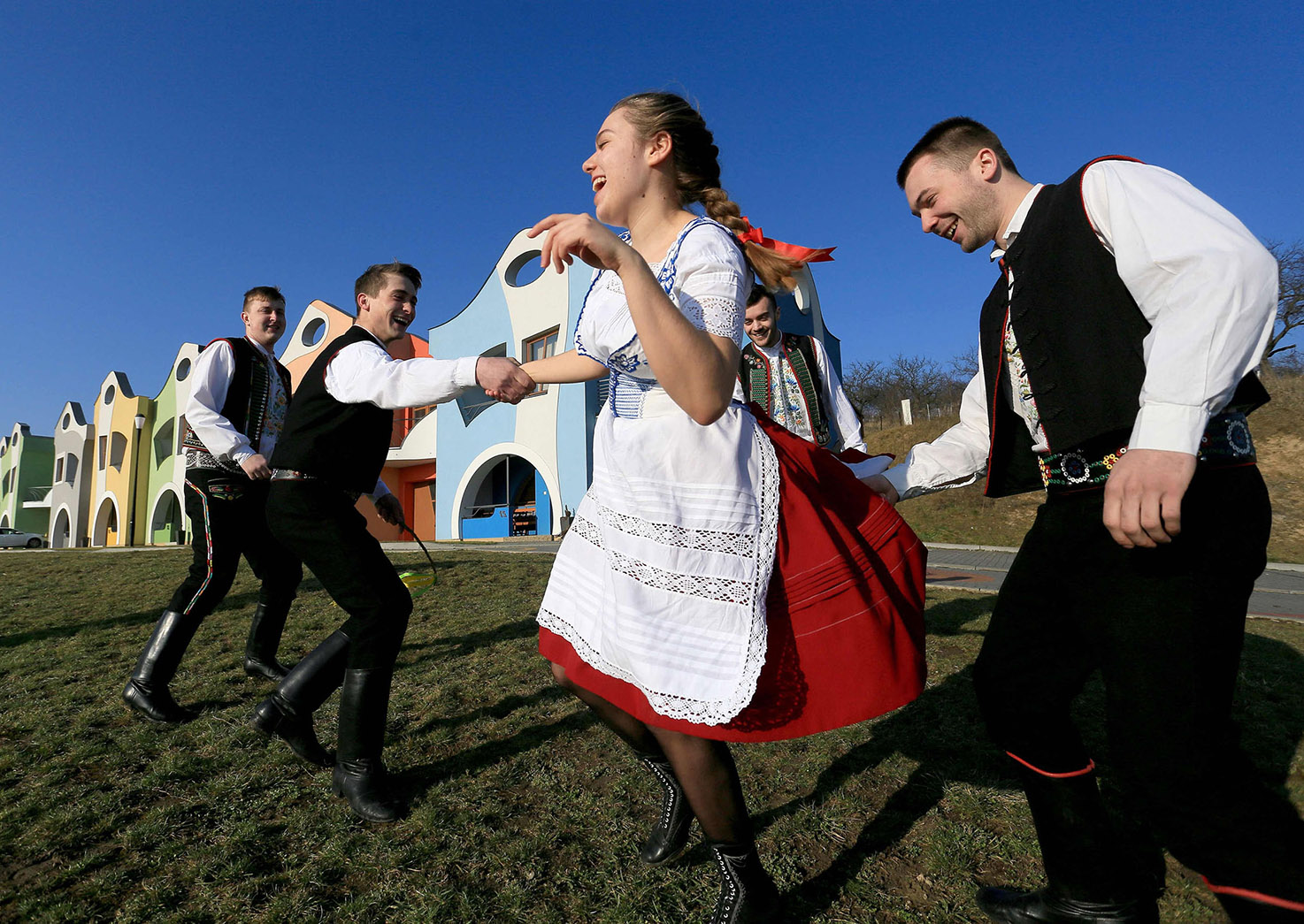 She will be a very fertile young woman. Glorious.

The video of the prime minister running after his wife with the two-meter-long stick: click me!.

Does the Czech president come to a press conference with a fake Kalashnikov, whose magazine is a liquor bottle, and on which it is written ‘for journalists’? 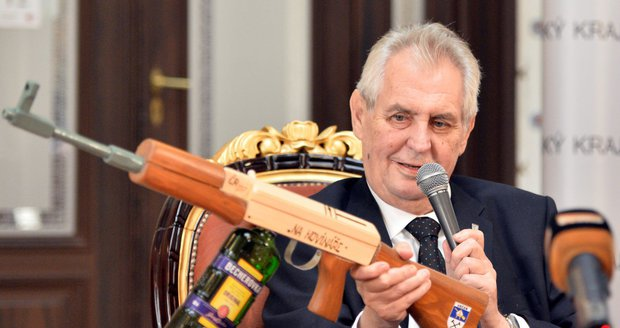 Why do you even ask?

The Czech Republic is a fantastic country, and I think we do not talk about it often enough. Not only does she possess the advantages of Eastern countries, but on top of that, she also keeps some of the pros of the West.

Czechs might seem cold at first, but when you get to know them, you discover nice, smart and funny people. Czech women are real women, the kind we cannot see in the Western world anymore. People speak English and it is easy to integrate into the Prague community.

- I’d be happy to answer any questions you may have.

See you next time,

But know, since January 1st, we speak ONLY IN ENGLISH

All topics and messages should be written in English

True ! I didn’t notice that the last post on this topic was on the 10th of October, so I wrote in french.

Czech Republic is very beautiful, I know where expatriate me.

I hope in the few months, you help me to discover “Praha” @Pierre-G4

Yes I hope too, I have just visited only one time Praha, I have 4 months left to discover it completely. I will try to visit the country and the other cities too.

If you have further questions or concerns about Czech Republic, I think that Klemah will answer you better than me.

Thanks for your very nice feedback @Pierre-G4!

I actually have never been to Hradec, but I’d love to go there. Only heard good things about that city. Perhaps we could meet sometime, either in Hradec or in Prague.

@qaptain_G3 I am very glad to read you chose Prague! I’ve been here for two years, so I can help if needed. Don’t hesitate to message me if you need anything.

Thanks a lot, guys !

I’m happy to see that the Czech Republic is a future place to grow the DBL’s members.

It’s the country of my origin but at yet it’s too expensive for me. I explain, I have a daughter of 3years and the school cost 6K by year. So bros I have to make money if I want to leave…

Why so? Would you not get those 6K easily by moving?

Feel free to do your math, but I think you’d probably be more than OK here.

Feel free to PM me if you need any information on the country!

Hello Klemah, thanks for your answer. At yet I have around 3k/month(sometimes morer) and we are 3. Me, my wife and my daughter. On Morocco, I paid 200€/month on. a period of 10months. For health I paid around 300€/month for us 3. After My client are here and if I have to test if I can work abroad in a long time…. I work in branding, packaging and communication. I’m interested in dropshipping but i’m a beginner

I signed up for RX on november but with my work, no time at yet… XDD

It’s perhaps many things that I said lol, I’m trying to put everything flat to have a 360 view. Thanks again for this exchange;)